Ordered (or more accurately made someone else order :P) a server to leave permanently running. If it works out, it may end up being the smallest server ever. Main features are low-power and low-noise (hopefully). 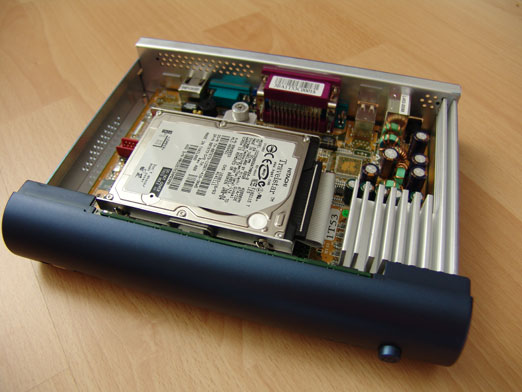 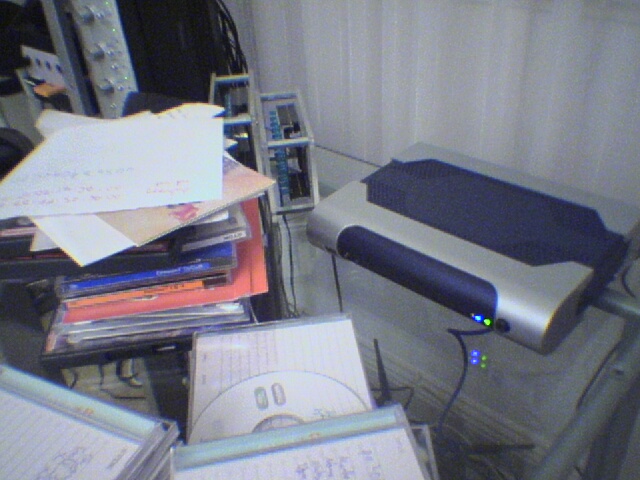 I’ve licensed the Torque engine from GarageGames. It is nicely structured (in C++), includes a complete scripting engine and is multi-platform. The Direct3D renderer is simply and OpenGL wrapper, though (which is what the TSE update seems to be about, but that is in the very early stages) and the terrain only seems to support a single tile.
In any case well worth the $100… Now the only thing left is to actually make a game with it! 😉

I’ve gotten Doom 3 last week on Monday and have played it quite a bit (but I am nowhere near finished) and it looks very nice and it has made me jump more often than I care to remember.
Unfortunately, it is very CPU limited. Whether I play it at 640×480 or 1280×1024 on my Radeon 9800XT makes no differences whatsoever as my (dual) Athlon 1800+ cannot keep up with skinning and shadow volume extraction.

(to be watched in the dark, with plenty of subwoofer — tested yesterday):

What I don’t understand is why Planet Risk only made second place at Assembly 2004; the first place did very little for me. Overall the competition seems to have been of a rather low quality. 🙁

After having given up on it (roundabout page 200), and then moving on to Reynolds’ “Revelation Space”, I returned to finally finish “Quicksilver”. In the end it was well worth it, but it took some getting there.
It is a semi-historic novel (some would even call it science fiction) and it is a big work (~900 pages and two more books to come to finish the “Baroque Cycle”).
But after finishing book one [Quicksilver is subdivided into three “books”] (dealing largely with Daniel Waterhouse’s around Newton, Leibniz and Cambridge), the story of Jack the Vagabond and Eliza (whose choices of which men to sleep with I do not entirely agree with) was more gripping and lead the two rather separate arcs nicely together in book three. Not without a hint of a cliffhanger, though…
The amount of research that must have gone into this book is astounding and was well worth it. I am very glad that Stephenson made a distinction of his “Dramatis Personae” into fictious and non-fictious folk so I don’t embarass myself when small-talking historical “facts”. Also, the link to his previous work “Cryptonomicon” is rather tight, people’s ancestors and some places are fleshed out further. Recommended; if you manage the first “book” section, you’re in for a good ride.

Dan Simmons seems to switch between fantasy and SF, and “Hyperion” reminded me (from the background setting of where humanity is) of Ian M. Banks’ Culture. The book is told via seven personal stories which are all excellently written (when was the last time you cried while reading a book? The “Wandering Jew”‘s story did just that to me), and end with a rather bad cliffhanger.
I had made a point of ordering only the first book to see whether I like Simmons (which I now know I do), but that came back and put in a near-rage as I was turning the last page with very limited options of finding the sequel in time. Recommended — one can see his fantasy influence but that is not a bad thing.

“Revelation Space” is Reynolds’ first book, a hard science-fiction space opera somewhat similar to Vernor Vinge’s novels. I am not going to spoil it, so if you like Vinge’s work, read it. In my opinion it is not quite as good, but definitely very gripping and worth the read.